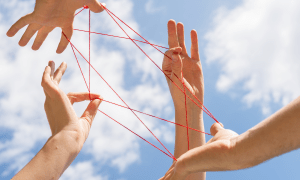 Intercompany netting as a technique can be hugely beneficial and indeed many companies use netting. It nets company flows, to help with managing intercompany settlement, helps to manage foreign exchange requirements, reduces payment numbers and amounts. The use of netting might grow organically, the complexity of the process and tools (usually a spreadsheet) grow as the business grows. For many companies netting remains just this, a useful tool for Corporate Treasury.

The problems with this model:

Monica discusses topics that take intercompany netting beyond what can be done in a spreadsheet:

Now why wouldn’t your company want that?

In order then, Monica answers the following questions:

For Sandvik it was about:

Sandvik wants to keep control of the company processes and sees Treasury and netting as a core business. Monica gives figures for the size of the group but size does not have to be a barrier to outsourcing. Coprocess teams with outsource companies such as FTI, Dublin and TM SA, Switzerland and they use Coprocess.Netting to administer some large corporate netting processes.

What transactions can be included?

Sandvik includes commissions, dividends and withholding tax items and other transactions. The Coprocess system has to make special provision for some items so they can be included in the netting. We also allow transactions which cannot be settled or are just for matching and agreement. Our clients asked us for this functionality, even though the Coprocess system is primarily developed for netting, we recognize that the Coprocess platform may be the only common platform across the firm to make invoice level flows visible.

We are developing this information capability again soon to enhance the handling of transactions which cannot be settled as By Order Of Payments. The visibility of the transactions is key to understanding the flows across the group and let each party know what they should pay and receive, even though the settlements have to be made bilaterally rather than through the Netting Centre.

In a payable driven netting system the payer chooses what is included in the clearing. As these will be transactions where the invoice or charge etc has been received, put on the AP and approved for payment, they are likely to be fewer in number than the expected receipts from the AR side. We say any netting is better than no netting, so if the company is decentralized then payable driven netting is preferable to no netting.

So, receivable driven is better if your company can agree to it. Receivable driven gives an opportunity for better cash forecasting. When uploading to Coprocess all open AR, both party and counterparty and the Netting Centre can see the flows and due dates.

Should netting include external suppliers?

To overcome this and offer other benefits Coprocess offers a vendor payments module specifically designed with the needs of Treasury and the subsidiaries in mind. This allows the bulk payment of suppliers, usually on a weekly or bi-weekly basis. It works by allowing supplier and associate banking information and invoices to be uploaded into Coprocess directly from the ERP. These transactions are then subject to secondary approval by the paying subsidiary and released in bulk to the suppliers, by Treasury.

There are benefits for liquidity, cost, security and more, as the transactions are settled net with the subsidiaries and the supplier receives one payment on behalf of the whole group. Also, by using in-country bank accounts, foreign payments can be turned into domestic payments to the supplier too. One problem in establishing a system such as this is to co-ordinate the data across what might be multiple ERP’s. However, you can read about how Invensys does this.

Flexibility of solutions, build or buy?

Always an option for many systems, is the functionality you want available off the shelf? Is it available at a price that you want to pay? If you buy there is a chance it will be quickly implemented and have a lower ‘cost’ (time/money) of ownership than an internally written system. Clearly make sure you choose a supplier with a history of developing this kind of system and that they are testimonials to their reliability. If you develop your own system there is a lot of time spent on the specification and testing, the in-house team may not be capable of developing the system, leading to the risk that it may not be finished, it could be a lot of time is spent each time the system needs upgrading. On the other hand you should get a system that reflects how you currently work (but would this be an opportunity to change the process anyway?).

Coprocess provides a tried and tested system and we integrate this with your current systems; TMS, ERP, FX dealing platform, payment process etc and it embodies the best practice we and our clients have adopted over the years we have been creating these systems. If you opt for our hosting there is no additional software or hardware to buy and no concerns about upgrades.

As every company is different the implementation process is tailored to the client. Sandvik here mention training the subsidiaries and a backup plan. For some companies the emphasis is on which business units to bring in first, in groups (some companies group together the easy countries (in terms of regulation) into the first phase, then more difficult countries etc into groups, others group by largest first, most sophisticated first, etc).

Intercompany rules constrain Sandvik to a very short time between the input cut-off and Final (trading) Day. In a receivable driven netting one might allow more time for discussion and dispute of invoices after input cut-off than is shown in the calendar here. However, if a client has used our reconciliation package to reconcile the previous month’s transactions or has similar functionality within the ERP and is now settling those transactions, then there will be fewer disputes and so the netting step can be faster.

Tailoring the calendar to the company settlement process is one issue we address during the implementation phase. The netting calendar and configuration of the netting system parameters is based on our consultations with our client during the implementation process. We offer a test system to allow Treasury to road test and work with a steering group of business units as there is a winning formula for both Treasury and the business units.

The benefits depend on the company structure, intercompany processes, current systems and many other factors. However it is likely that every company will see savings in terms of FX spreads and increased security, fewer payments and float in the banking system, a simplification of the company settlement process, easier month end closing, lower intercompany balances and overdue invoices, more automation and sometimes considerably less admin time.

There are around 60 major markets with no restrictions (see our country regulations page) for others there is some pre-setup work to do with one off approvals. For others there are issues so some business units can only receive while others can only pay, or they can maybe net in foreign currency but not local. The Coprocess.Netting system has rules and settings which should allow all countries to be included in the system even if only some of their transactions can be settled, let alone settled net. There may be different rules for credit notes (memos) than for payments. The system allows for credit notes for certain currencies, for all or not allowed at all.