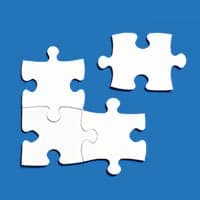 Why? Some countries cannot be included in the ‘payment on behalf of’ (POBO) settlement that usually results from a netting process. Further, some can receive via a netting system but not pay, others the reverse. Some can only settle certain currencies through the netting. Credit notes add additional complexity. Before, you would have to exclude these types of entities from the netting completely. Now, using the new Excluded Transactions module, you can include them and set rules concerning how these transaction will be treated (included or excluded from the netting) and thus have the potential to settle some but not all of their IC flows. Treasury can either manage the settlement or leave the business units in these countries to settle bilaterally.

The benefits for the corporate include:

Bilateral settlement is achieved by a new module called Excluded Transactions. As can be seen in the picture below, this allows you to set up rules, by participant, for what payable and receivable flows to include in the netting and what should be excluded for external settlement.

When payable or receivable flows are input or imported against a participant these rules are applied automatically, excluded transactions appear on a separate tab.

In addition to the standard netting statement, bilateral netting reports show each entity what payments and receipts should settle outside the netting.

This new feature will help, not only with China, but countries such as India, Brazil, Indonesia and more. Countries with big trading flows that have been difficult to include in a netting system before.