Why Combine Intercompany Payments into a Single Amount? 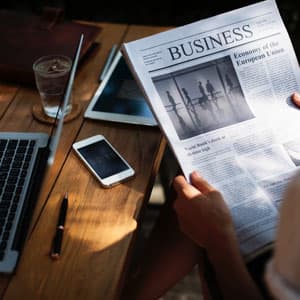 Consolidating Intercompany payments into just one amount can bring significant benefits. Consider how many in-house transactions are created from hundreds or thousands of invoices every week, month or year. Then think about how much time and effort is involved in recording those payments accurately, handling invoices, compiling reports. The list goes on. At a large multinational corporation, think about the possible time saved by combining numerous internal transactions into a single payment.

Combining Intercompany payments into a single amount makes the whole process simpler and more streamlined, saving accounting managers and their teams time, money and effort. For corporations the benefits of consolidating intercompany payments via a netting system are considerable:

Because there's only one payment to be made per subsidiary, all the accompanying work is immediately reduced. The time taken to set up, process and even chase a large payment is the same as for a small one. Instead of dealing with many smaller payments it makes perfect sense for your team to switch to dealing with only one.

When you factor in other time-consuming elements such as payments being applied to wrong accounts and then having to be reallocated, as well as the matching up of part payments, and administering payments made in the wrong currency – you can see how dealing with just the one payment can save a sizeable amount of time and stress.

With a single intercompany netting and settlement system, risk management is greatly enhanced. The system facilitates the combination of multiple transactions into a single currency balance, so exposures can be identified easily and quickly before being hedged. Combining hedge settlements with trade settlements further reduces the number of payments and allow for the best FX rates to be attained.

A Netting system can make adding business units abroad a low-risk possibility – the risk of changes in foreign currency rates and payment fraud being markedly reduced. It is the netting effect that leads to the FX volume reduction, settlement in a single payment to or from the subsidiary is just a desirable by-product. Also Netting gives rise to a reduction in the number of foreign exchange deals and system users can look forward to seeing substantial savings in terms of reduced FX spreads achieved through the currency consolidation effect.

Payment costs are reduced because fewer payments are made but the savings don't end there: implementing a single payment system can lead to reduced costs in other ways. Money can be saved on invoice processing; transactional handling costs can be lessened considerably and no longer do parties need to wait for clearing times between transactional initiating and settling. Fewer staff are required in invoice handling/management, and man-hours are greatly reduced. In addition, because a single payment system can mean a reduction in internal mismatches at group level, that saves time, effort and money.

6. Better Use of Working Capital

The alignment and timing of value dates impacts foreign exchange hedging and working capital. Knowing when a payment is arriving allows you to time paying your bills. If it’s in a foreign currency, you might want also to hedge it, so you know what you're going to receive, and you can hedge to the date the funds come in.

For example, if Subsidiary A hasn't paid its invoices, it's sitting on a balance, while Subsidiary B (waiting for payment) must borrow money for working capital. At the Balance Sheet level, the two subsidiary balances will net to zero, as long as they have reconciled correctly. But the parent will see the impact at the bank when it must fund the subsidiary B’s working capital shortfall.

Finally, the question could be raised: is the single payment system perhaps too perfect? Isn’t it inevitable that sooner or later a dispute over an invoice will occur, meaning that an automated system that virtually ‘thinks for itself’ may in fact wrongly settle an invoice?

A situation such as this is precisely why a multilateral netting system has tools such as ‘invoice flagging’ built in. Once an invoice comes under dispute, the system can either pay the amount into a holding account or the invoice can be carried forward into the next netting period.